Getting Real: A Mother’s Day Story 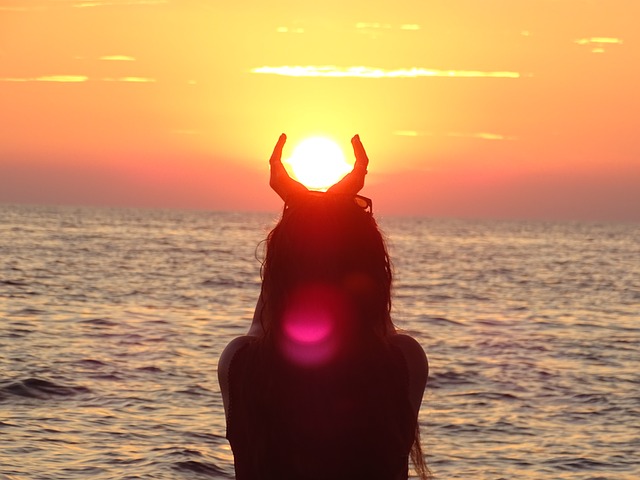 During my divorce in the late ’80’s, I took a bad fall off of my bike and injured my left hip. I likely cracked the femur, and developed a dinner plate-sized nasty bruise, and, over time, an equal-sized inertial point of scar tissue in that area. The fall also caused micro-tears and “permanent” misalignments systemically. It has been tended to over the decades on a regular basis, through various modalities, and for the most part has been quite functional.

Presently I am in the process of editing and revising a book I have written about how to heal and develop resilience, agency and empowerment after having an abortion. I am pro-choice.

My family knows my abortion story, including my youngest brother. Yet, it was inadvertently disclosed to me very recently, by another family member, that this brother has been spreading vitriolic hate about women who have had abortions. I could go into his state of being, but this story is not about him.

The abortion I had in my early twenties was with my high school sweetheart, whom, after the abortion, I would marry.

After learning of the insensitive actions and speech of my youngest brother, my old hip injury went spontaneously into excruciating spasm. It felt as if the injury had just happened. I hobbled around for nearly a week, as it slowly improved. During this time I received bodywork from Hakeem, a talented practitioner, and we naturally focused our attention on tending to this old wound.

As a bodyworker, I am aware that the left side is the feminine side, and the hip area is about support and movement. What arose in Hakeem as we were working, was the awareness that this injury was about shame. That felt right to me. We tracked and made connections with the internal imagery that arose within me during the session.

I was being shamed, once again, because another wanted to destroy my personal power. This is the same thing that is happening culturally around abortion access, presently.

During my walk this morning, spontaneous memories arose of experiences I had with my father, my father and my wasband (ex-husband) together, and my wasband’s behavior shortly after I left him.

When I was a girl, I nurtured a seedling maple tree and we planted it in the back yard. Also, when I was a girl, I babysat so that I could pay for my own clothes, and so that I could buy art supplies; sketchbooks, charcoal, colored pencils, watercolors, canvases, brushes and oil paints. I ended up being awarded art-related scholarships to college to pay for parts of my education.

When I came back from college one summer, my father borrowed my then boyfriend’s chainsaw to cut down the tree I had nurtured from a seedling. No one asked me how I felt about it. Another summer, I returned from college and found that my father, without consulting with me, had thrown out all of my sketchbooks.

About five years later, I left my then husband, after he started beating me. I took what I could, and left the grandmother clock and cedar chest he had built, because they were his. Yet, when I returned to collect paintings I had created in graduate school, I found that he had thrown them all away without asking me.

Though we had been together for years prior to the abortion in 1979, he had left the decsion up to me completely, as he did with all big decsions. Looking back I wonder if I had had the child, which of us would have been discarded without consultation by my father and wasband; the child or me? Or both of us?